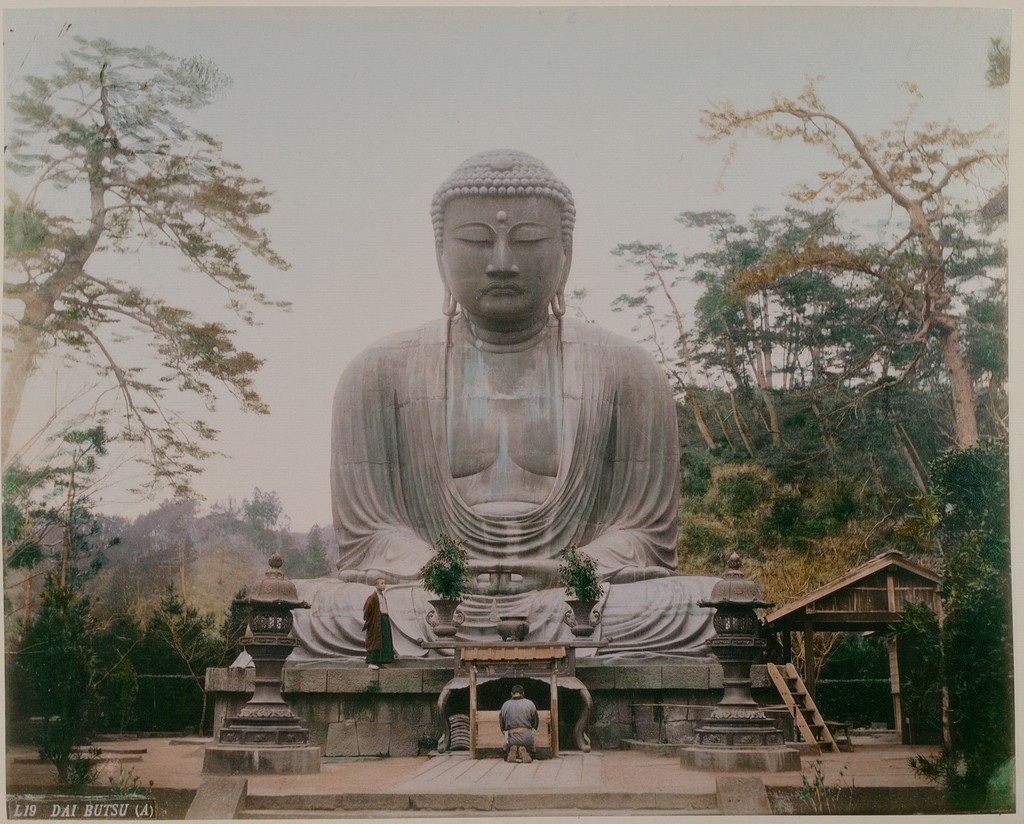 Introduction: Within a decade after the Kamakura Daibutsu was “discovered” by foreign travelers in the 1860s, it emerged as a requisite tourist destination for globetrotters hoping to document their trips to exotic, picturesque locals. Photographic images taken by professional studios and amateur photographers soon started to circulate and by the first few decades of the twentieth century the imagery of the Daibutsu began to have a significant impact on American consciousness. Many thousands of photographs were taken of the Kamakura colossus between 1860 and 1930, but reliably dating many of these images remains a difficult task. It is my hope to provide a few suggestions on criteria which can be used to determine the relative age of old photographs of the Kamakura Daibutsu. I am primarily interested in determining the time the photograph was taken, not when it was printed or published, a subsequent event that could happen at a considerably later date. An extraordinarily helpful resource has been the Metadata Database of Japanese Old Photographs In Bakmatsu-Meiji Period, hosted by the Nagasaki University Library. Several of the items below are part of my personal Archive.

Dating and Attributions: Precisely dating the photographs of many professional Yokohama studios can be difficult. The main means of determining the age of a photograph involves dating the album into which it was collated. Many title pages of old tourist albums did not include publication dates, thus other information – such as the named partners of the firm or the address of the studio, among other details – need to be compared with known facts to best ascertain its age. Sometimes the owner of the album inscribed the book with a date, thus helping to determine an album’s possible age. This is not without its own difficulties. New studios would buy (or pirate) the negative stock of older studios, and thus certain photos may be reproduced for decades after they were first taken. Thus, knowing the publication date of a photo only provides a terminus ante quem, which may or may not be closely related to the date of its original creation. In addition, unless we are privy to the travel schedules of professional photographers in Japan (or Yokohama specifically), we may only know the period of a photo’s creation to the span of several years. In some cases, the dating of amateur tourist photography, more common by the late 1880’s, can be more precise. Sometimes published travelogues or information gleaned by accounts written in newspapers can give information regarding the season or even the month or day an intrepid photographer visited a site. I will utilize all of these methods to establish a framework of absolute dates, which will be interspersed with additional photos based on relative dating and sequencing. I can only hope this may assist in determining the creators of several studio albumen and silver-gelatin prints which now remain anonymous or contested.

Executive Summary: The easiest way to loosely estimate the age of the image-capture of the photograph (not necessarily its printing or publication), it to examine the coin donation box (saisen–bako 賽銭箱) directly in front of the offering table. In the oldest photos, the donation box starts off as an unadorned, mid-thigh height wooden box. A terminus post quem for the summer of 1877 can be established for the small gabled roof attached to the top of the box. In addition, a terminus post quem of November 1890 can be established for the picketed fence surrounding the box. In the early twentieth century, the arrangement of the lotus flowers on the offering table are the best means for estimating a date. Even more precise methods for estimating age are discussed below. The basic abbreviations are as follows:

Contact: Please contact me (Peter) should you wish to offer any thoughts or insights, it will be much appreciated! Email: pmr01(AT)ucsb(DOT)edu. _/|\_ 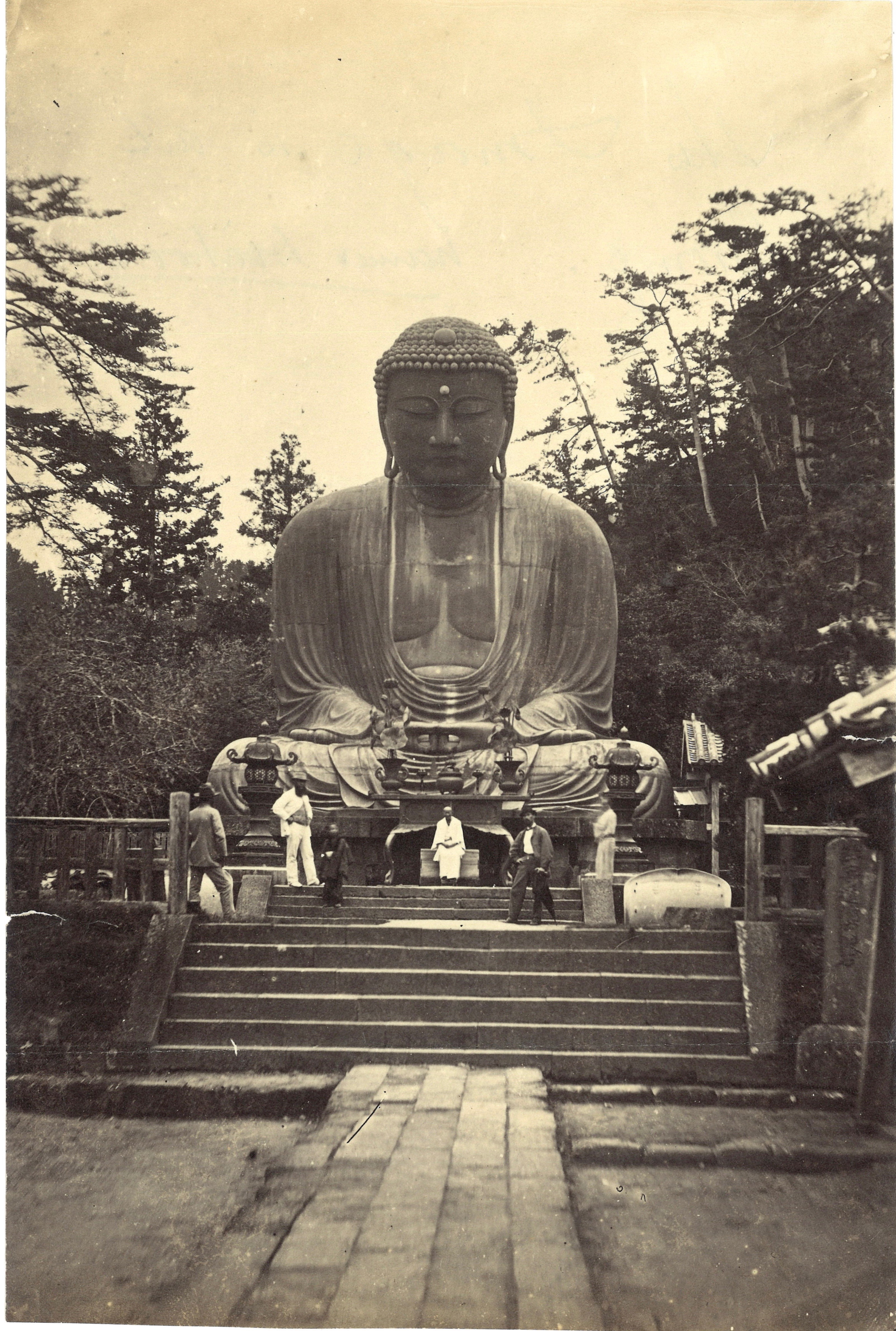 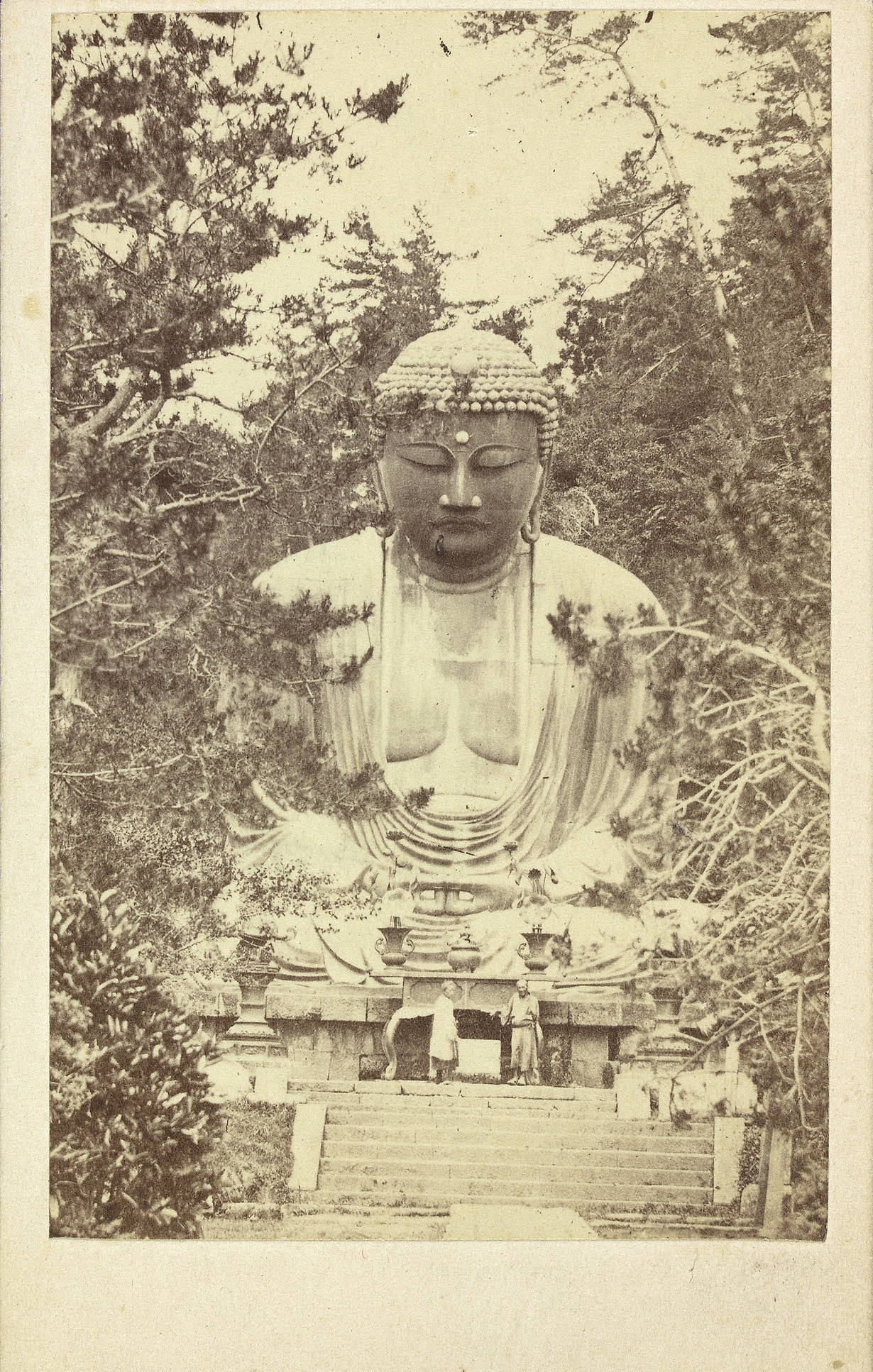 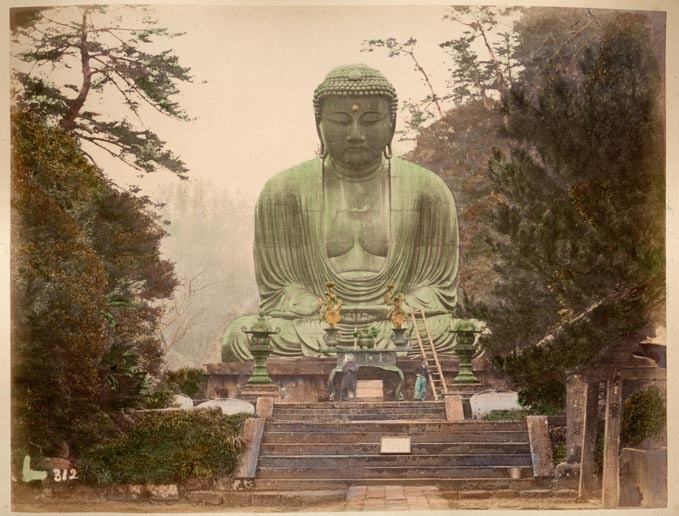 NOTE: The sequence of photographs depicting temple renovation through 1896 remains highly conjectural. There are numerous small adjustments made in the landscaping and altar design, thus making it difficult to determine a precise chronology. 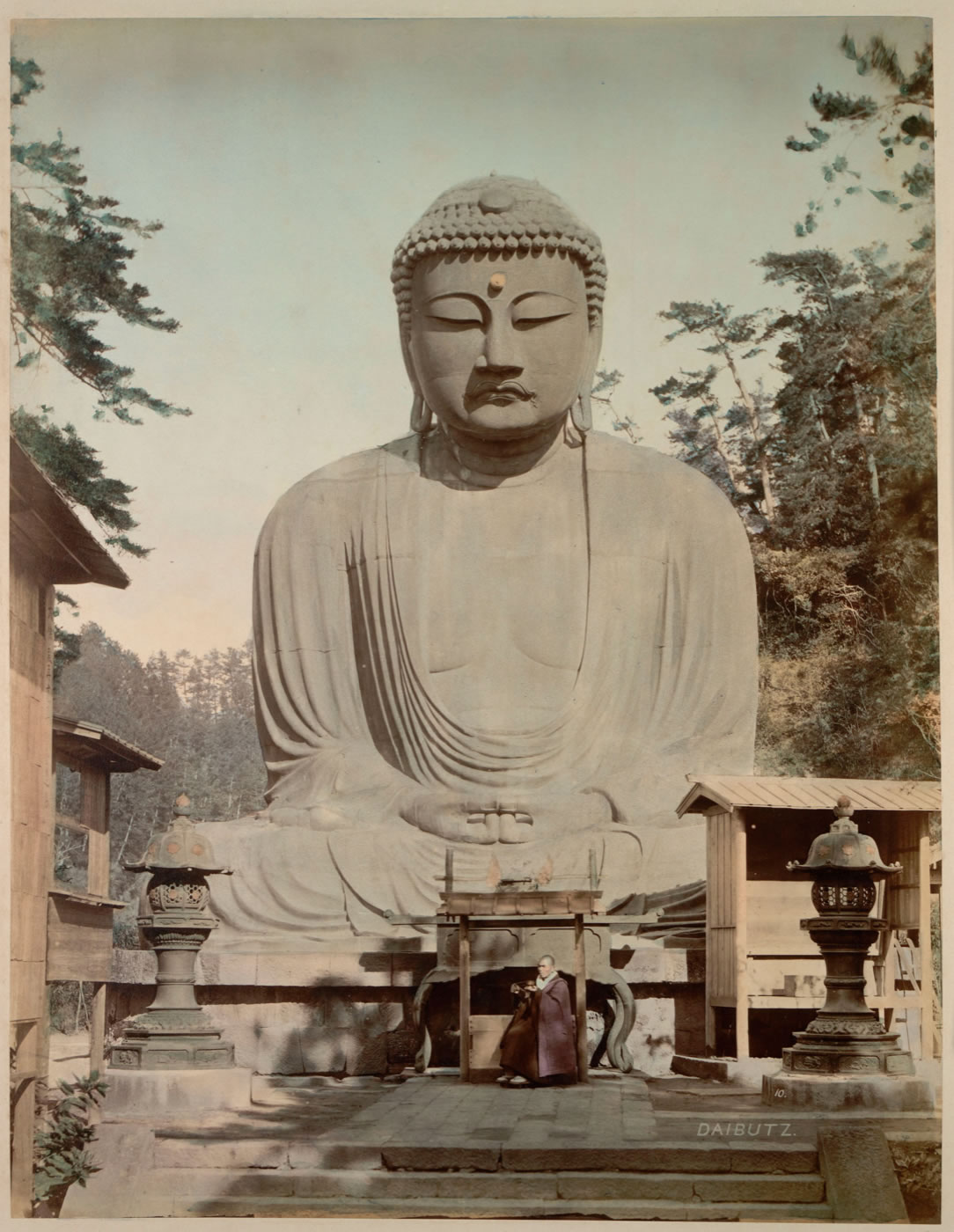 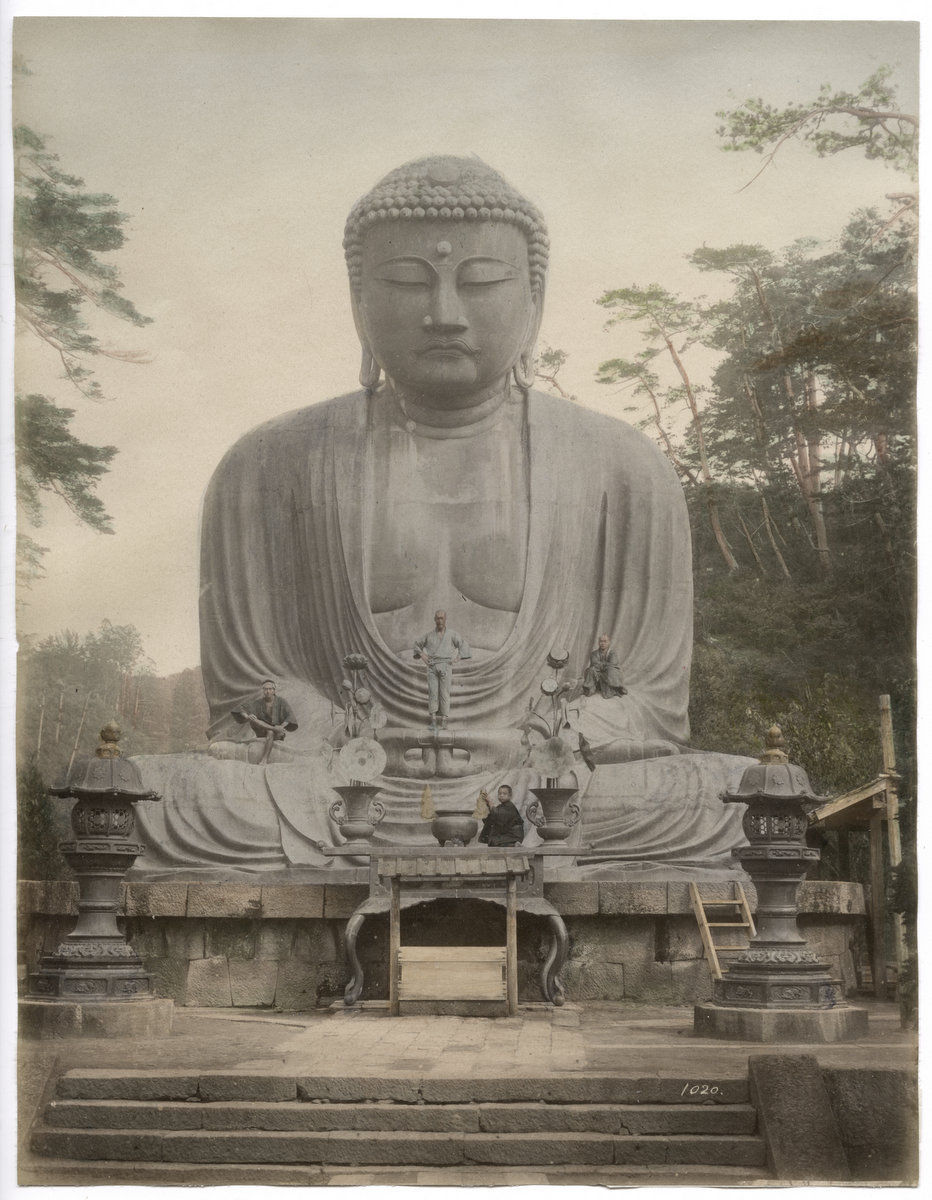 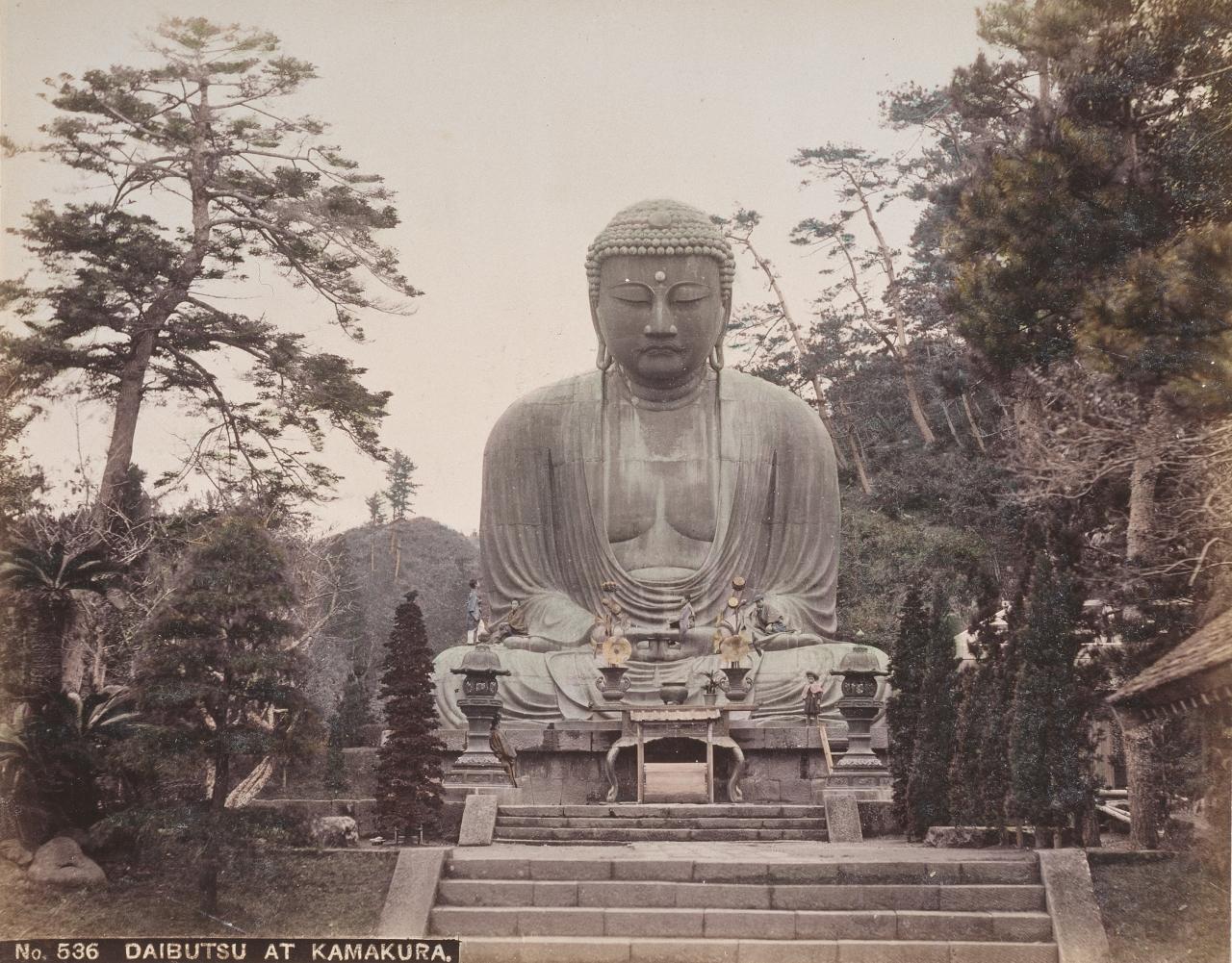 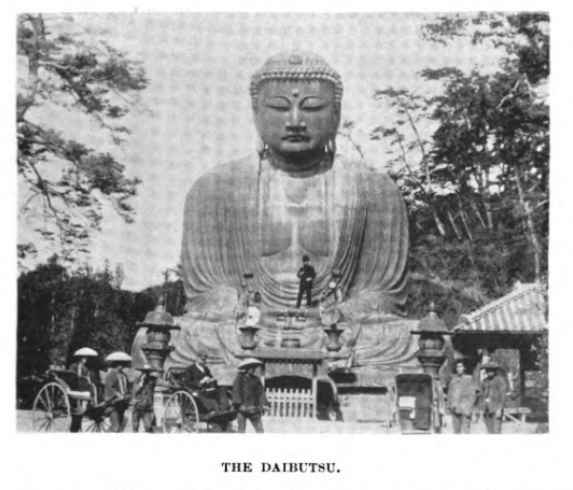 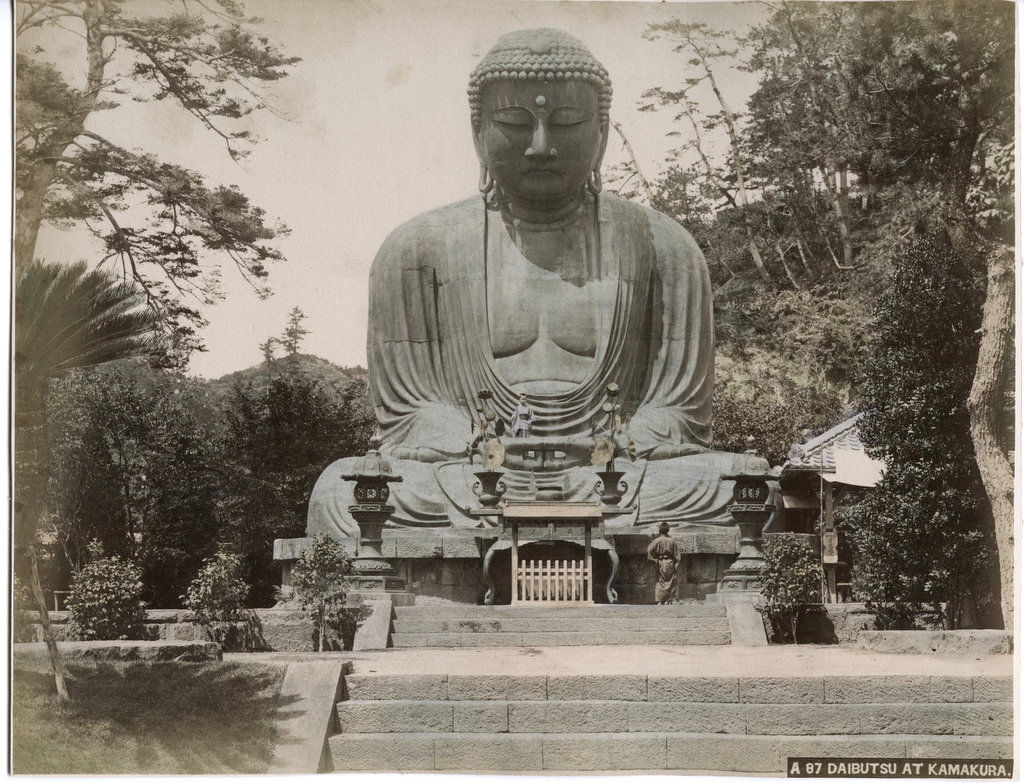 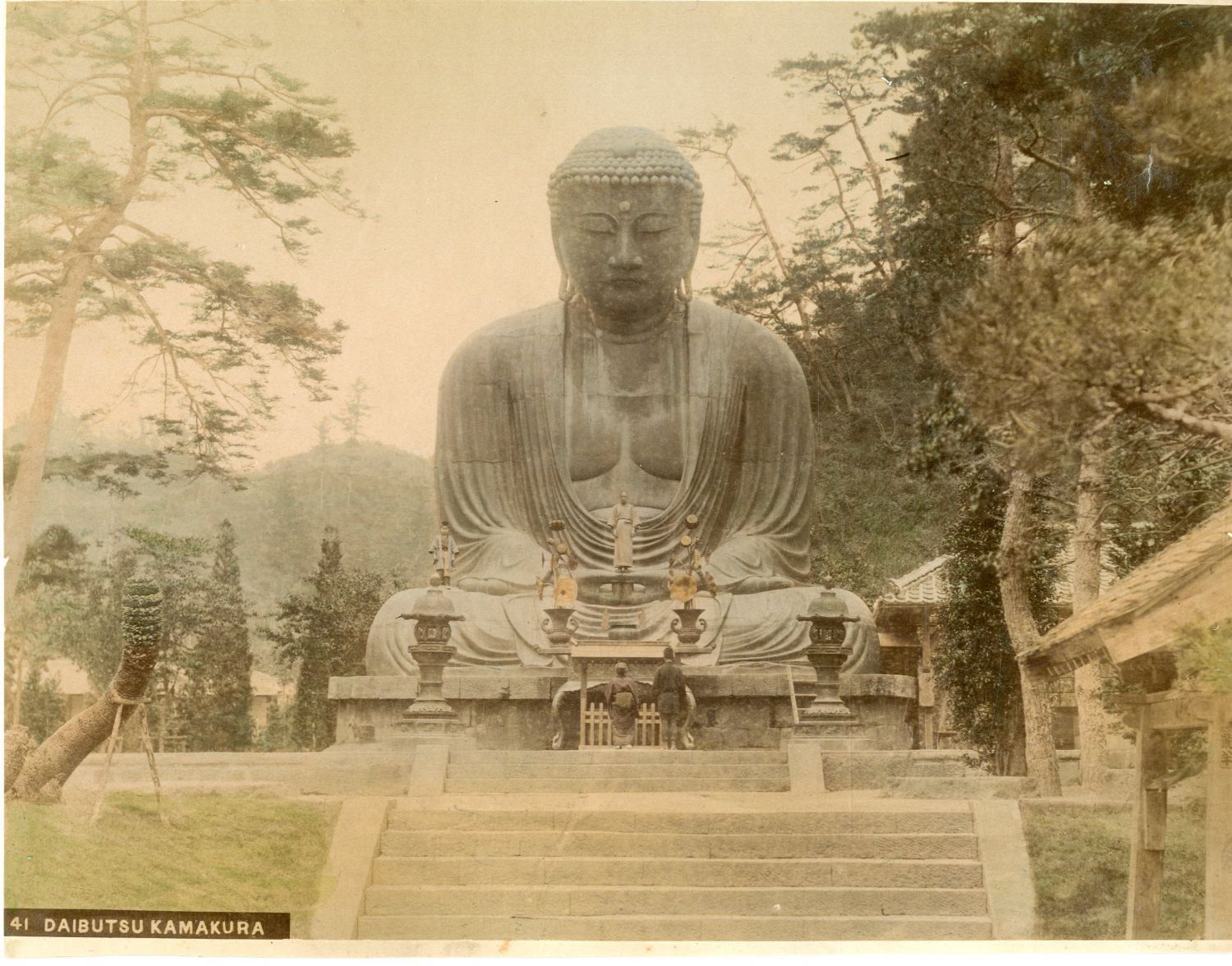 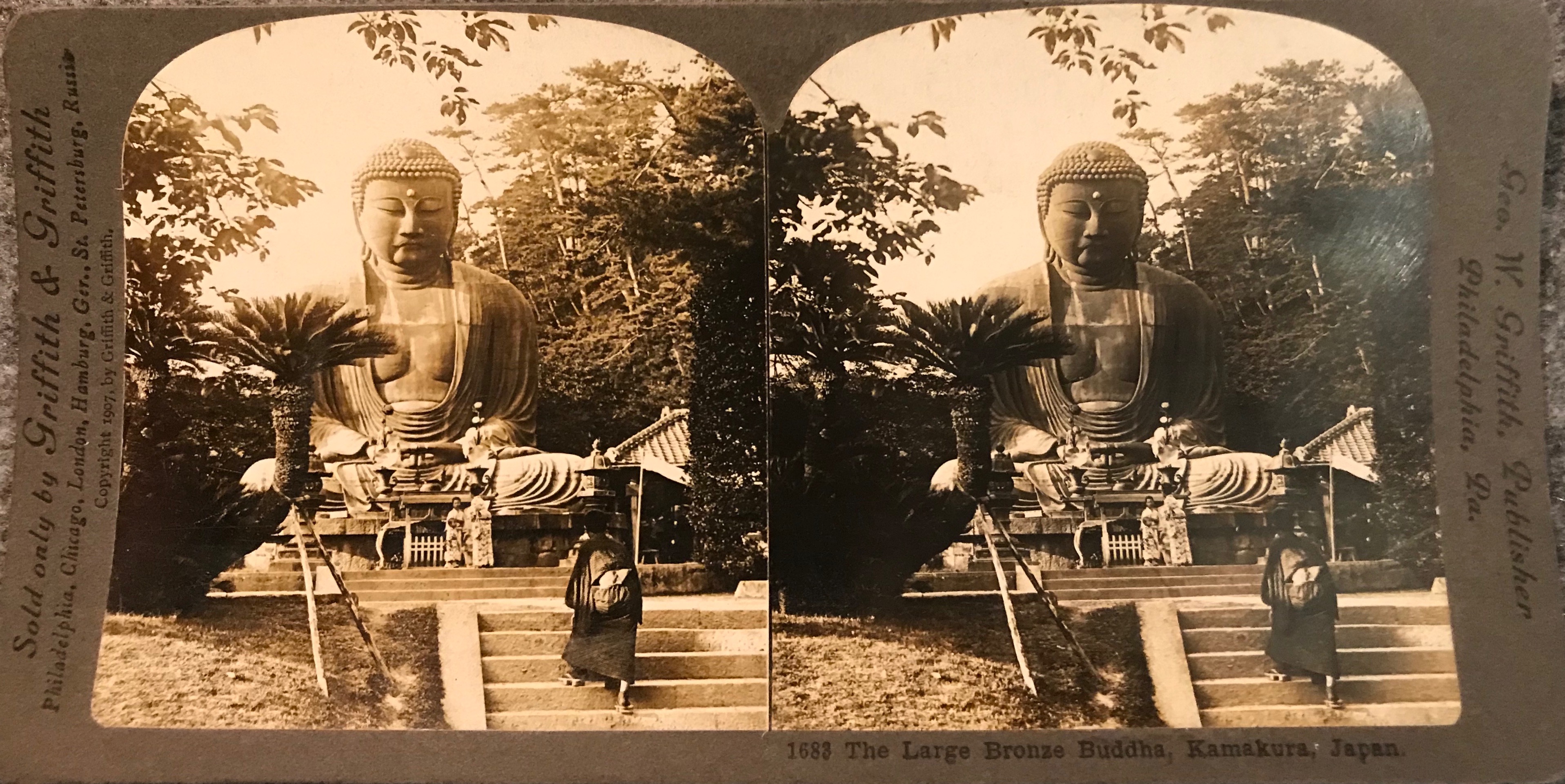 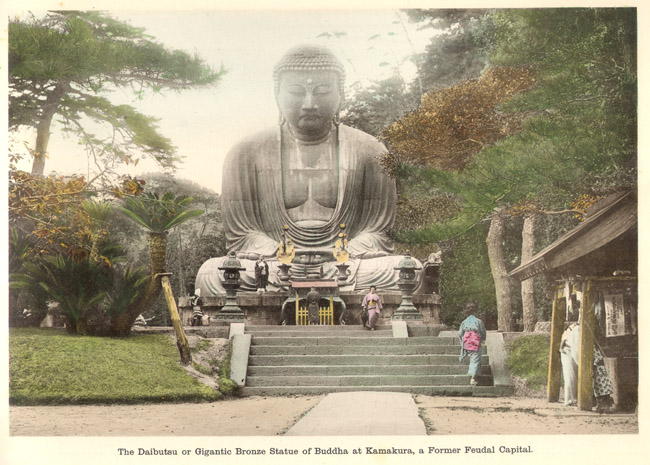 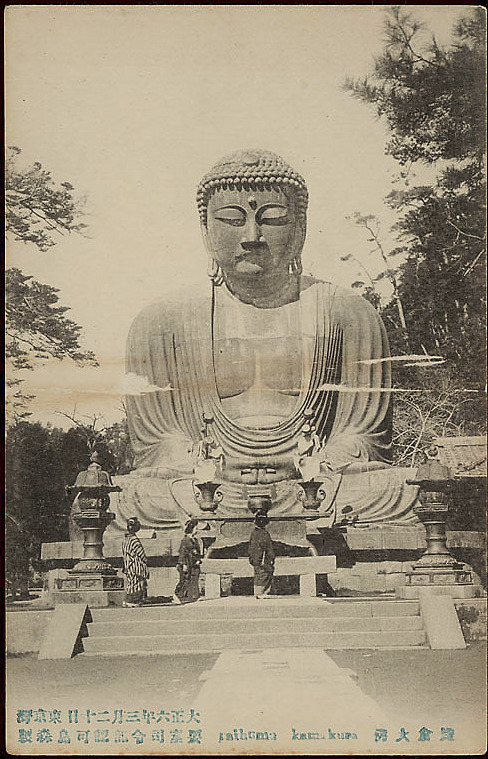 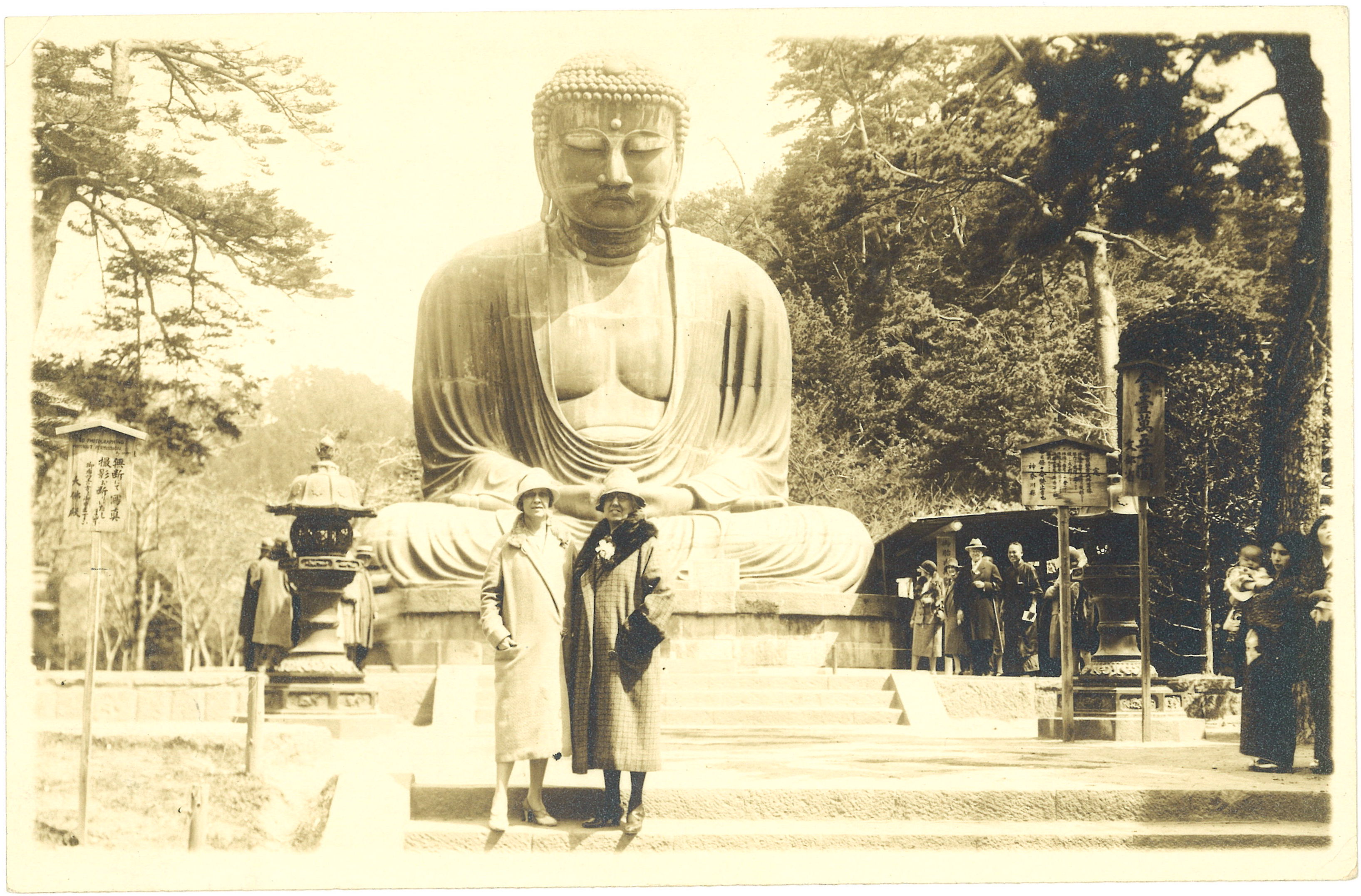 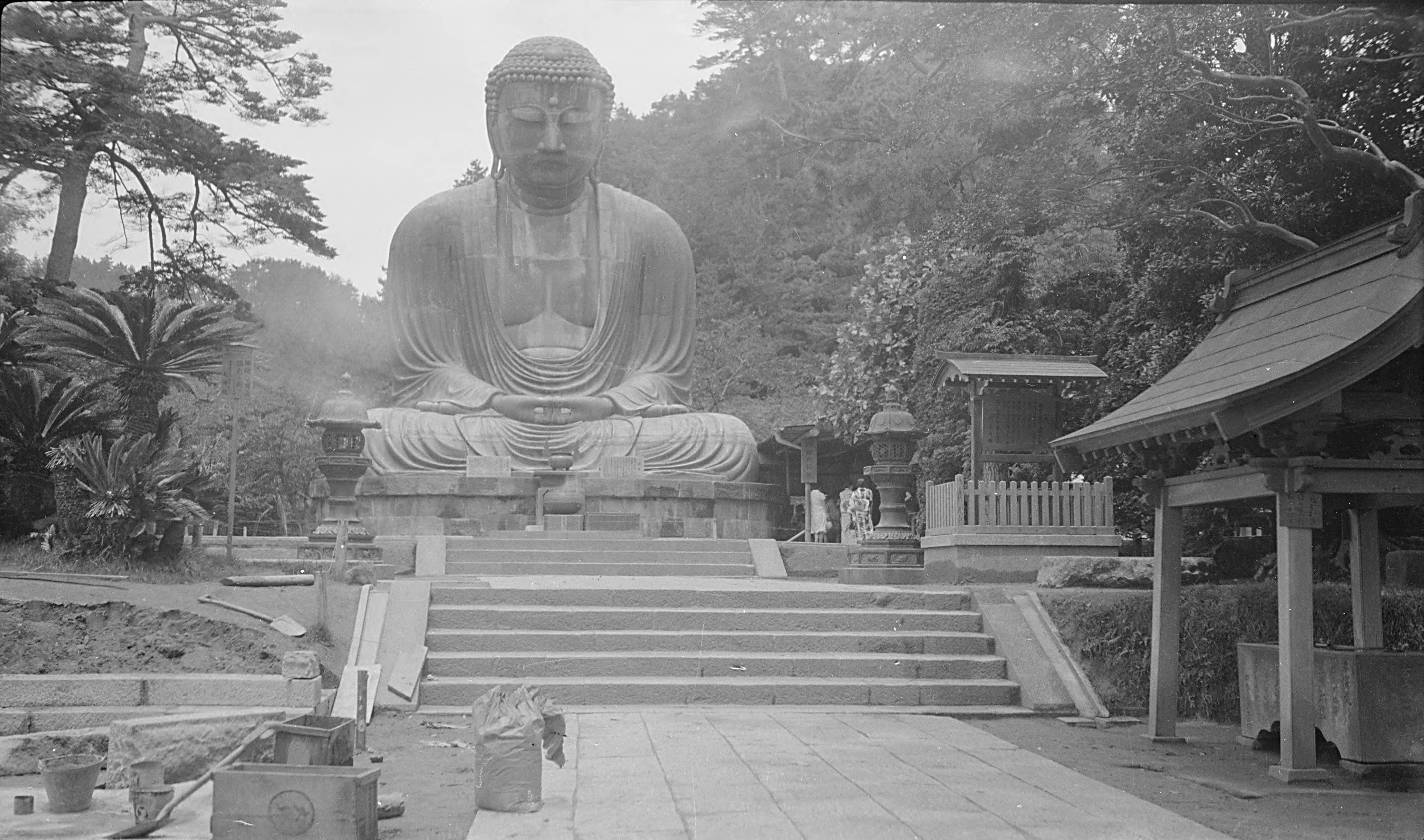